If you are considering a Polygraph & Lie Detection test for your relationship, then by definition, either one, or both of you, has lost the basic level of trust required to be at peace with one another. 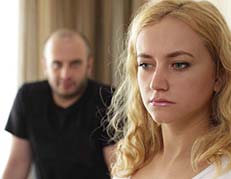 I specialize in relationship polygraph lie detector test as you will learn from this section.

Typically if you are reading this you have been accused of cheating or suspect your relationship partner thinks you are cheating.

You are probably losing weight and sleep.

My thousands of POLYGRAPH LIE DETECTION EXPERIENCE CAN HELP YOUR RELATIONSHIP!

If you are telling the truth or want to tell the truth call me.

My thousands of LIE DETECTION POLYGRAPH EXPERIENCE CAN HELP YOUR RELATIONSHIP!

Many say they want to take a polygraph lie detector test and that is because they are telling the truth or lying, hoping you will never put them through it; they think they can beat it.

I am the only polygraph examiner in the south east that travels with an actual polygraph chair with multiple motion sensors so they can not physically beat my test.

I am an accurate, multi-state licensed polygraph examiner that specializes in private confidential polygraph lie detection for relationship issues and have tested thousands of people for “cheating in a relationship”.

All I am there to do it help someone prove the truth or try to help them be honest.

Most people just want the truth. Not knowing the truth is what kills a relationship.

Let’s be honest. Living with broken or diminished trust erodes the strength of your commitment quickly. The longer the decay continues, the less likely it will be restored. You need to act quickly if you desire to maintain the relationship.

Finding a solid relationship counselor is wise and we urge you to pursue counseling after the whole truth has been confessed and confirmed either way.

We also know that being in counseling without full disclosure and honesty is not likely to re-establish trust. Neither you nor a counselor can force someone to be truthful. Many times, counselors guide couples to us for a polygraph test when they believe that one or both parties are refusing to fully disclose their behaviors. Wise counselors know that healing cannot begin until all the cards are on the table.

Let’s be honest. Living with broken or diminished trust erodes the strength of your commitment quickly. The longer the decay continues, the less likely it will be restored. You need to act quickly if you desire to maintain the relationship.

Finding a solid relationship counselor is wise and we urge you to pursue that.

We also know that being in counseling without full disclosure and honesty is not likely to re-establish trust. Neither you nor a counselor can force someone to be truthful. Many times, counselors guide couples to us for a polygraph test when they believe that one or both parties are refusing to fully disclose their behaviors. Wise counselors know that healing cannot begin until all the cards are on the table.

Call The Polygraph Examiner for information about LOCAL polygraph and lie detection tests in North Carolina, South Carolina & Georgia at (800) 497-9305.

In case you are wondering if your situation is suitable for Polygraph & Lie Detection testing, here are some common scenarios for which we test regularly:

Secretive or suspected hidden text messages, emails, apps, phone calls, social media scenario – Your spouse has been talking to others through an app on their phone. Hiding numbers under the wrong name, talking to someone only when you are not around, deleting messages, hidden email accounts, talking through social media or you has a secret phone. When someone wants to cheat on another there are a hundreds of ways to have a sexual relationship without someone knowing, but normally there is some kind of communication. You might even have found a few emails or text messages yourself that they can explain away.

Ex sexual partner still in the background scenario – They say they are just friends now.

To close to a coworker or “friend” scenario – To many emails, text messages or phone calls to the same person which makes you feel that your relationship partner is having a sexual relationship with this person.

Unexplained sexual transmitted disease scenario – You both, or one of you, have an STD and neither of you know how you got it.

To many changes scenario – Changes attitude toward you, speaking to you differently, typically not kindly but have seen people try to make up for cheating by being extra nice. Change in sexual behavior, wants to do new things or has reduced sex drive and/or less physical contact. Loses weight, changes types of clothing, comes home late or not at all.

The old saying scenario – I am being accused of cheating because I accused my relationship partner of cheating on me.

GPS location information scenario – GPS location shows your relationship partner in a location they should not be near scenario..

Partner wants sex all the time scenario – Believe you cannot satisfy your partner and they must be having sex with others to take care of the need.

Works a lot or traveling for work scenario – My partner is out of town. does not always answer the phone or return text messages and has excuses, always.

Dating web site found on electronics scenario – Finding dating website on phone or computer. A spouse always has an excuse for these sites like, “I was just curious.”

Missing money scenario – You have money that went unaccounted for, and explainable. So you think your relationship partner has sexually cheated.

Ending phone calls quickly scenario – A wife notices her husband quickly ending phone calls when she enters the room and when she asks who it was, the answer just doesn’t sound natural and the energy in the room is unsettling to her. Not only that, but he used to leave his cell phone lying around all over the place, but now it is within his reach at all times.

Bad news from trusted friends scenario – A boyfriend begins hearing stories from his friends about how his girl is messing around with other guys at parties when he is not there. She denies it, but the friends telling him this have no reason to lie.

Caught cheating, admits it, but something is still not right months or years later scenario – A husband has an affair and when caught in a lie or several lies, finally admits to it. The wife forgives him and attempts to move on, but for years has this gnawing feeling that there is still more going on that has not been disclosed, especially since he did not admit his infidelity until he was caught.

Re-occurring sex addiction denial scenario – An addiction to pornography is finally revealed in the marriage, the husband sincerely seeks help and things go smoothly for a while. The wife notices that behaviors start changing in that her husband starts spending more time on the computer after she goes to bed. She finally begins to look into what sites he has been visiting and finds porn sites in the history. He says that those must be from their teenage son and that he will talk to their son about it. She is not fooled and needs to find out if his addiction has resurfaced.

Perpetual accusations with no foundation scenario – A wife is constantly accusing her husband of cheating on her because her husband travels for business regularly. The husband does his best to convince her these accusations are unfounded and even switches jobs to be home more, but the accusations continue. The husband finally tells her he will take a polygraph test to prove he is faithful, and that when he passes, she must stop with the accusations or seek help.

There are a hundred more scenarios, but the important point is that trust has eroded and you should act, rather than just accuse or be accused, to save your relationship.

Question? Email Us or Call (800) 497-9305. Due to complexity to different situations I do not quote price by email. Please call for pricing.

Why The Polygraph Examiner?

Don't Wait to Get The Truth